The Spy by Paulo Coelho is a novel about Mata Hari, the infamous dancer and courtesan. The novel starts out with her getting ready to face the 18 men who are at the ready to fire at her. Written based on real events, The Spy provides us with an insight into who Mata Hari was and how she ended up facing a firing squad. 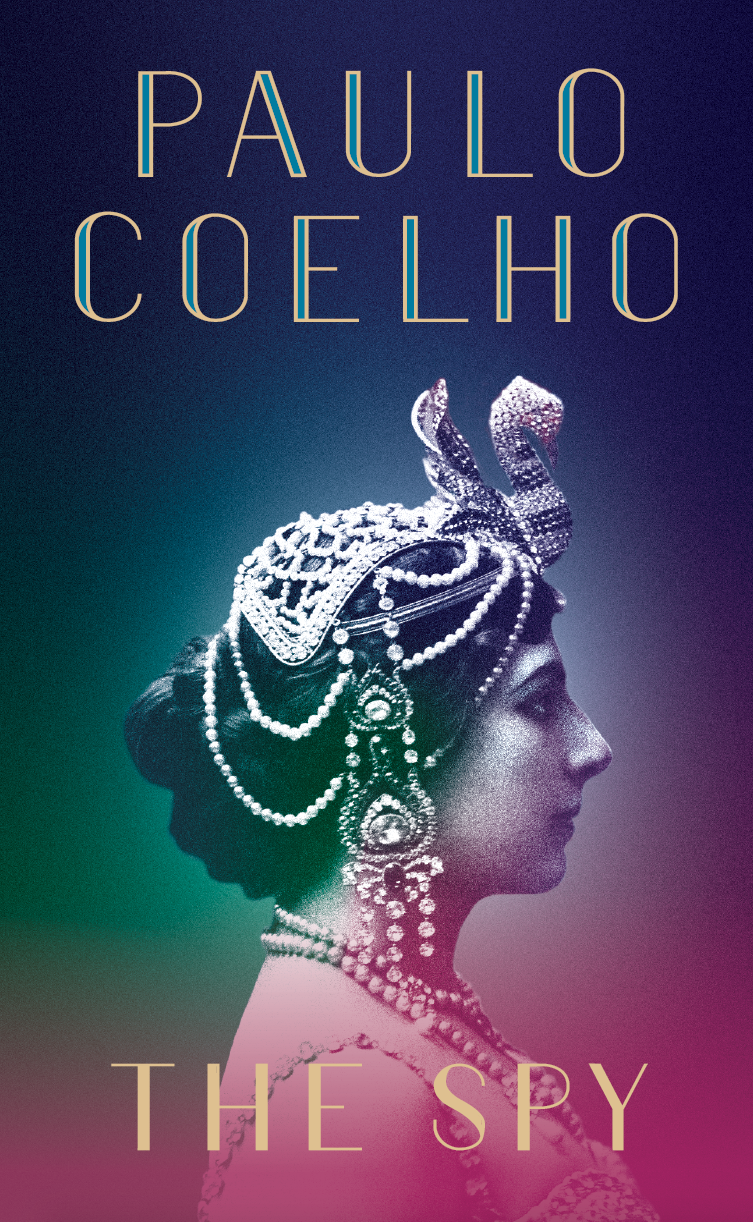 Coelho needs to be commended for writing this book. There is immense research that went into this book. The timeline and the photographs interspersed throughout it make it a worthy read. Novels that are based on facts sometimes tend to become a bit too fictional. Coelho though has refrained from this habit. And The Spy becomes an interesting read through and through.

Mata Hari writes letters to her daughter and her lawyer about her life, this is what forms the basis of the book. How she looks at her life in a cynical and philosophical manner comes across in the letters. Mata Hari was born as Margaretha Zelle in Netherlands. She was from an affluent family that could afford to send their daughter to the best schools until her father went bankrupt. 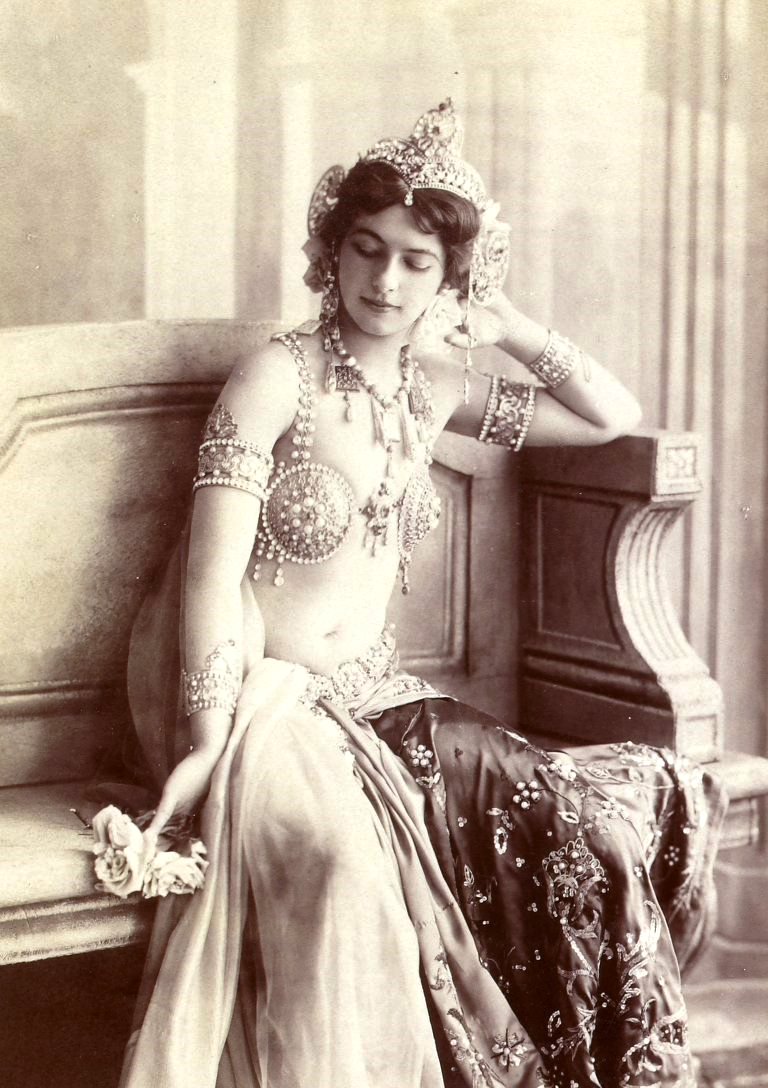 She talks about her mother and how her life taught her to appreciate her mother’s advice.

“Flowers teach us that nothing is permanent: not their beauty, not even the fact that they will inevitably wilt, because they will still give new seeds. Remember this when you feel joy, pain, or sadness. Everything passes, grows old, dies, and is reborn.”

Raped by her headmaster when she was in school, she sought the company of a Dutch Army captain and ended up marrying him. She then moved to Indonesia with him and had two children. The loss of her son, the abuse from her husband, the suicide of the wife of another army officer, and the local dance influence her. Moving back to Europe, she leaves back her family and sets out to become Mata Hari.

As Margaretha Zelle becomes Mata Hari, gone is the girl from Netherlands. In her place is a woman of the world, from the exotic lands of the east. She becomes an exotic dancer. Though she has no knowledge of the Javanese dance, she goes on to become a notorious dancer and famous courtesan. And how she goes from there to being accused of being a spy is the novel. 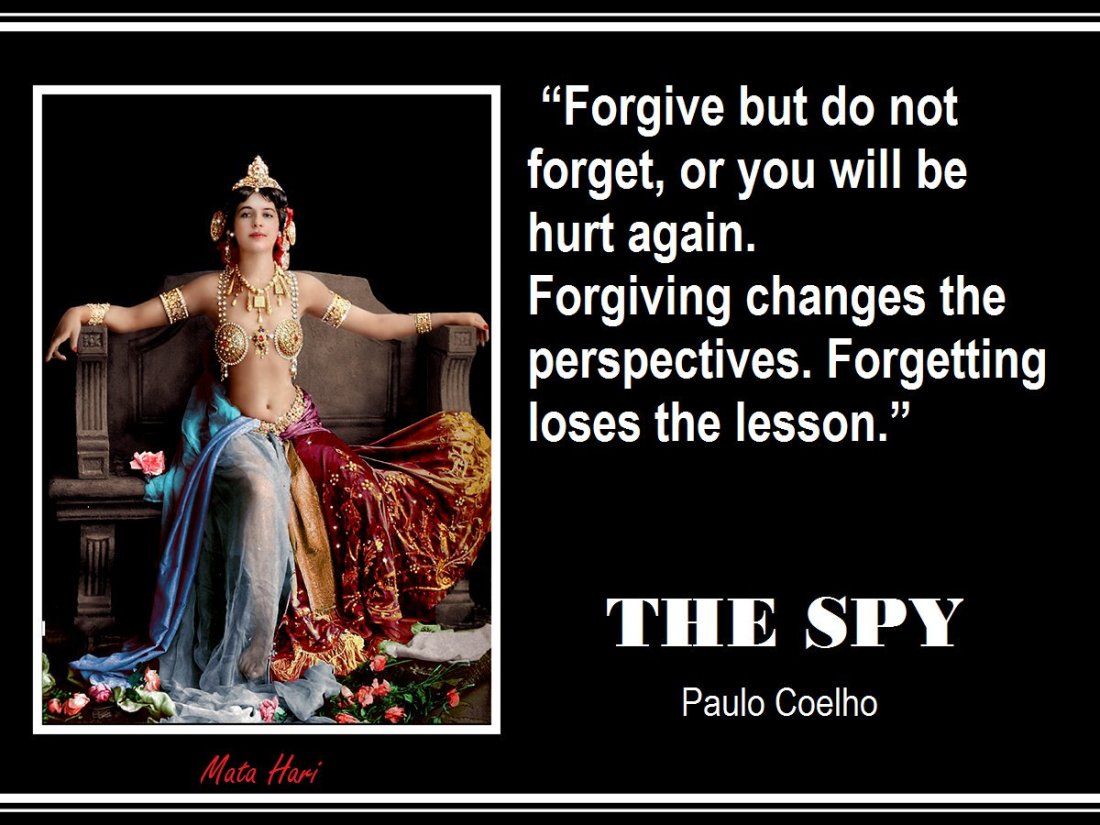 One does feel a lot of mixed emotions when reading this book. Even the emotions that Mata Hari went through come through on every page.

The Spy is a good read. Definitely recommend.

The Spy by Paulo Coelho

View all my reviews

One thought on “Book Review – The Spy by Paulo Coelho”